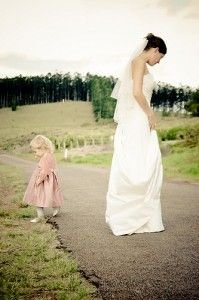 I’m not sure why it’s hitting me so hard this year that a decade has passed. Although each decade before brought on tons of changes, I don’t think I have ever sat back and really thought about it. So today, as I was was reading over my post about New Year’s past, I allowed myself to think and remember how much I’ve grown, and how many things have changed.

2000- 1/2 2002: These were college years. I loved every single second of college. I was at Hofstra University. I loved being in a sorority…as a matter of fact I think I was president during some of this time. My parents joked that I majored in Mchebes (the local bar) and it was somewhat true. My biggest responsibility was making sure that I made it to class. I was surrounded by friends constantly, and this is the time that I began my relationship with The Captain. I was having the time of my life.

Summer of 2002 started some major transition years. I graduated college, got an apartment, and couldn’t find a job. I decided to stay in Long Island to reach my dream of becoming a big PR rep, and to continue my relationship with The Captain. In order to pay the rent I got a job as a waitress and it was the worst! Soon I found a “real” job, but quickly found it wasn’t all it was cracked up to be.  I was sad, and lost and miserable. The Captain, being a year younger, still was in college. We were both at different places. Looking back I have to credit him for making our relationship survive. I was miserable and I took it out on him.

In the summer of 2003 a light bulb went off in my head, and I made one of the best decisions I have ever made (The best was marrying The Captain of course). I decided to work for my dad, and start his business in Long Island. I started to find happiness in my career. I moved out of an apartment that I shared with others, and moved into one of my own. My finances were extremely tight, but it was the right move. The Captain began law school that Fall….and life went on.

Fall 2003- 2006 I sort of was going through the motions. I hated Long Island, but I loved The Captain. I hated being alone so much while he studied so much, but I knew that it was a necessary evil for our future. People questioned his commitment to me, but I knew his intentions. I worked hard to build my business, and I succeeded. January 17th  2005  I got my angel, my Tinkerbell. In the winter of 2006 life as I knew it shattered for a bit. My mom suffered a brain aneurysm. I don’t think I have ever been so scared. Not having my mom in my life was not an option. (although I knew it was a possibility) I could only think of the things I wanted to share with her…and how much more she had to live for. So I spent 3 weeks with her at the hospital hoping against hope that she would be ok. She came through with flying colors. I was truly blessed.  To my surprise she was well enough in October of that year to travel to Italy with my sister and I to visit my brother who was traveling abroad! It was one of the best vacations of my life! 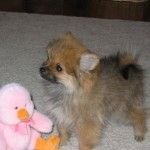 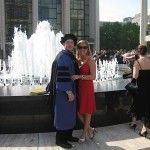 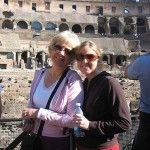 2007 through 2008 was probably the best time of my life (I know I said that about college but this was different). I got engaged in February 2007, The Captain and I bought our Townhouse in June and the rest was just wonderful. Being engaged is a magical time. Even random people at the store see your engagement ring and congratulate you! Who wouldn’t love that?? The year brought engagement parties and showers. There was just so much to celebrate! On June 14, 2008 I married the man of my dreams…my best friend. We had the most beautiful honeymoon in Greece. I don’t think there will ever be a vacation like that ever again. Can you ever out do the honeymoon? I truly doubt it. 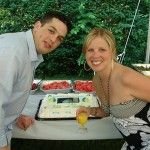 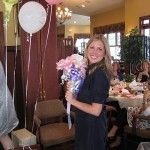 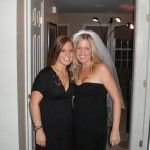 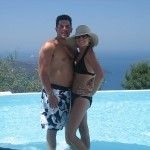 I already did my 2009 year in review, so we can skip that one at this time.

So I credit this decade as the decade I became an adult. I think that would be the main theme..I went from being supported by my parents, to supporting myself, to learning to be supported by my husband.  Although at the core I am the same person I was at 20…I know that I have changed so much. I guess we all have to grow up sometime right?