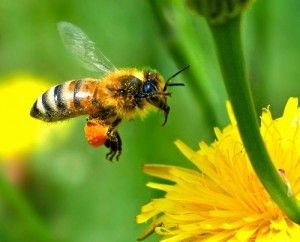 The story I had to tell was a little long so I broke it down into 2 parts! Here is Part 1!

Well dear readers I think I am back to my regular routine. (I think being the key phrase) This past week has been a VERY busy one, some of it fun and some of it scary. I guess weeks like this remind me that I am truly an adult. Here’s a preview. It was a week filled with antibiotics, hospitals, hotel battles, bachelorette parties, and some fun times with my sister. Is it time for another vacation yet?

It’s best to start at the beginning since at the end of last week I left you with a post saying that Captain Awesome was in the hospital, but then I didn’t really elaborate. (I know, not very nice) To make a long story short he was diagnosed with Cellulitis , which if left untreated can be very dangerous. He had a bad rash, and it began to spread. He took antibiotics, but they weren’t working as fast as we would’ve liked so we had to take him to the ER. Let me backtrack for a second…The Captain HATES medicine and doctors and hospitals. This guy refuses to take any over the counter stuff, so when he said he needed to see a doctor I knew it was serious. I knew it was even more serious when he agreed to go to the ER….back to the story…once at the ER we found out that he had to be admitted for IV antibiotics. Poor guy had to stay in the hospital!

But the hospital stay couldn’t have come at a worse time (actually I am sure there could’ve been a worse time but at that point it felt pretty bad) . The upcoming weekend was my sisters bachelorette party. I was supposed to go down to PA on Thursday, but since The Captain was admitted Wednesday afternoon I knew that my plans might have to be altered. What was I going to do if he was in the hospital more than 24 hours? How do I let my sister down? But I can’t leave my husband in the hospital alone?? What a crazy predicament! Luckily I didn’t have to choose, and just had to delay my trip to PA till the following day (Friday). He was let out of the hospital after 24 hours and 4 rounds of IV meds.

Here’s one quick little in between story…I came home for like an hour to pack for my trip and found my poor little Tinkerbell hacking up a lung and retching! Luckily I remember my neighbor mentioning his dog had kennel cough, and even though I couldn’t believe Tinky could’ve gotten it after only 2 minutes in his presence, I knew I had to bring her to the vet. So sick husband in the hospital, and now sick dog! She got diagnosed w/ Kennel cough and put on meds…3 times a day for 10 days! Just what I needed! Not to mention that I can’t actually give the medicine to her myself. As it turns out, in very rare cases the medicine can cause a blood disorder in humans, and I couldn’t take that risk with Pooh Bear. So Captain Awesome has been playing the good daddy role and giving little Tinky her medicine every day.

In the end my family was being taken care of. Both on medicine, but working towards getting healthy. The crisis had been averted, and it was time to pack up and travel down to PA to celebrate my sisters Bachelorette party! I’ll fill you in about that in tomorrow’s Part 2 post!