It’s Complicated: Plus A Giveaway!!!

Home/giveaways/It’s Complicated: Plus A Giveaway!!!
Previous Next

It’s Complicated: Plus A Giveaway!!! 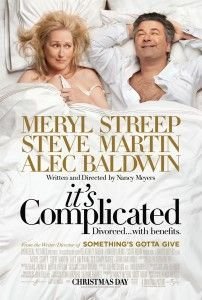 I am a huge fan of Meryl Streep. I think that she can play almost any character, in pretty much any genre and make a fabulous movie. If you add a bit of Alec Baldwin, and a touch of Steve Martin into the mix you have an AMAZINGLY funny cast, and the movie It’s Complicated which comes to theaters on December 25th! Christmas Day!!

The movie is about Jane (Streep) is the mother of three grown kids, owns a thriving Santa Barbara bakery/restaurant and has-after a decade of divorce-an amicable relationship with her ex-husband, attorney Jake (Baldwin). Jane and Jake both find themselves out of town for their son’s college graduation, and thenn things start to get complicated. An innocent meal together turns in to the inimaginable- an affair. With Jake remarried to the much younger Agness(Lake Bell), Jane is now, of all things, the other woman. Caught in the middle of their renewed romance is Adam (Martin), an
architect hired to remodel Jane’s kitchen. Healing from a divorce of his own, Adam, starts to fall for Jane, but soon realizes he’s become part of a love triangle.

Ok..let’s just show you the trailer. I think these scenes speak for themselves!

I am very excited to see this movie, and the wonderful people who contacted me about this giveaway are giving me 2 tickets so that me and Captain Awesome can go see it! (don’t worry, I promise to report back!) Ok, Ok, so I said there was something in it for you too! Well there is! 3 people are going to win an It’s Complicated Tote Bag filled with an Apron & T-shirt! 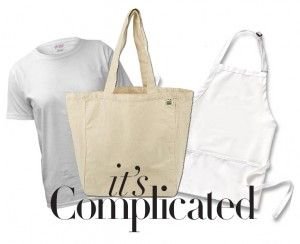 Don’t worry, they will be branded with the It’s Complicated Logo!

Winning stuff is fun right? Ok, so here’s how you win! You must do this for your entry to count.

Also Universal Pictures is doing a FREE Advanced Screening of the movie. Check out their SITE to see if it’s playing at a theater near you!!! All you have to do is RSVP! It’s on a first come first serve basis so act quickly!

Pretty good deal right? This contest is going to run from Today December 7th and run for 2 weeks. Winners will be picked by using random.org and will be announced on Tuesday December 22nd! Don’t forget to leave your email so that I can contact you if you win! 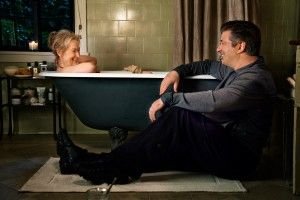 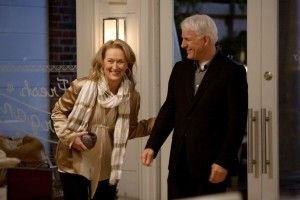